Within the past decade, Lauren Laverne’s kind face and bright personable aura have become a staple on TV and Radio. With grace and charm, she has brought a range of topics to the minds millennial generation; from her shows on 6 Music and Radio 4, to topical quizzes and even the odd political show. The decision, then, to make her the Ambassador for this campaign is an act of genius. With a background in the music industry, and a knack for speaking nationally, her presence is bound to turn heads. And for such a worthy cause!

The Music for Dementia 2020 Campaign was set up in January 2019. Just 1 year after the International Longevity Centre UK (ILC-UK) took its ground-breaking report to the House of Lords. This report—in conjunction with the Utley Foundation—shows how music can improve the quality of life for those living with dementia. Not only for those diagnosed, but also carers, family and friends.

Bringing together over 1500 academics, politicians, researchers, practitioners and those affected by dementia, the ILC-UK conducted discussions and research, showing a positive correlation between music therapy and the mental health of those with dementia. Symptoms such as agitation, stress and aggression were minimised. Research into music’s ability to alleviate depression and anxiety has also proven its power, with reports suggesting that music therapy could have longer lasting effects on those suffering from depression and anxiety. Though more evidence is required.

Most people will be able to attest to the power of music in their own lives. An arrangement can transport you to a different time, tapping into emotions and memory. Hearing a familiar or much-loved song can give an immense sense of calm to the listener. The study highlights how music-based interventions can increase social interaction and ‘flow’, decrease stress hormones and promote a general sense of well being.

So why is this such an important cause? With music so readily available in the modern world, it may seem a secondary issue. It is estimated, however, that only around 5% of care homes provide high-quality arts and music activities. As well as funding for these practices, information needs to be spread throughout the country, so it can take root. This is where the campaign comes in. 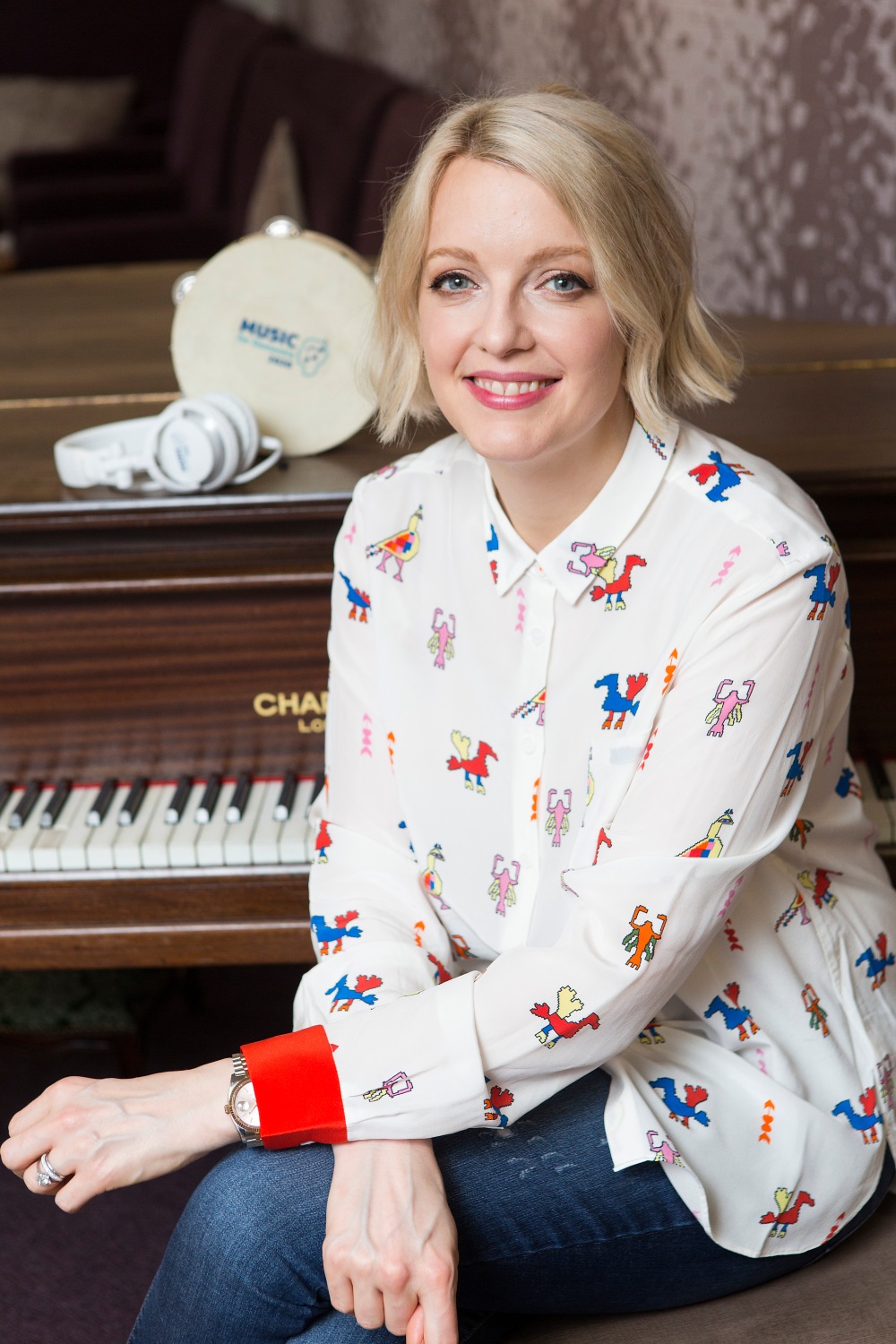 Laverne recently visited the Hall Grange Care Home, where she spent some time assisting a music therapy session. Here, she made her passions known, noting:

This is a fantastic idea, but will the streaming sites be so ready to agree? With subscription services making up a large proportion of revenue within a changing industry, it could be seen as far too altruistic. But I won’t cast aspersions without due cause.

Since the time of the mixtape, we have swapped and shared our favourite tracks. Picking songs, making playlists and discussing compilations with others can help with social interaction, bringing lively energy to dementia homes, and encouraging memory. Recent research has suggested that “regions of the brain associated with musical memory may overlap with regions relatively spared in Alzheimer’s disease”. Lighting up these parts of the brain can feed the owner, give them a refreshed sense of their life and past. It can allow them the mental freedom to explore a memory that may otherwise be lost for good. The brain needs exercise to stay healthy. Tapping into these areas through music therapy does more than just pass the time.

As Neil Utley of the Utley Foundation puts it, “Music is not a ‘nice add-on’ it has tangible, evidence-based benefits and reaches out beyond the home to the care sector, hospitals, hospices and across the wider community”.

In creating this campaign—and delivering it through a powerful Ambassador—further discussion around music therapy can thrive. It could inspire families privately caring for dementia sufferers to act, providing stimulating care for a relative. Research suggests it can also strengthen understanding between the caregiver and the patient.

On the topic, Laverne noted that “music’s connection to memory is something we intuitively understand and celebrate every day on radio shows like mine, but we are failing to use this powerful tool in the fight against dementia. Music should be made available to everyone living with the syndrome.”

A feature of Laverne’s 6 Music show is ‘Memory Tapes’. Here, listeners write in giving their top 3 tracks that are linked to a particular moment or memory. These are then played on the air with accompanying soundbites. This adds yet more fuel to the fire of perfect partnership.

Laverne also added that “because music is everywhere, we sometimes take it for granted, and that’s a huge mistake. There is now a vast amount of scientific research exploring the enormous benefits music has for cognitive, physical and mental health.”

Understanding the power of music in our daily lives will go some way towards driving this research to the right places. The Utley foundation has also invested half-a-million pounds in initiatives working towards giving every person with dementia access to music in any form viable.

Grace Meadows—Programme Director at Music for Dementia 2020 and Senior Music Therapist at Chelsea and Westminster Hospital—neatly sets up the campaign design:

“We want everyone in the UK living with dementia to have access to the music that means most to them and for it to be accessible in the most appropriate and effective ways. For some, this will mean ensuring they have the right technology – allowing them to enjoy their favourite music wherever and whenever they want. For others, it means being able to attend music groups and participate in music-making. For some, it may mean working with music therapists.”

The campaign has already won the approval of the Secretary of State for Health and Social Care, the Rt Hon Matt Hancock. He has stated “I back Music for Dementia 2020, which offers a great opportunity for people with dementia, their families and carers to access music and get good value, easy-to-use social prescription that I fully endorse. It will help us deliver more person-centred care, a key part of the NHS’ Long Term Plan.”

Providing we can still cling on to our much-loved NHS, it would be fantastic to see more of this kind of work. Small enclaves of people have gathered in hospitals and palliative care facilities to share in music across the country. Whether that be performing as a choir, in a band, or giving a more hands-on approach. You might have seen this in your local area, giving rise to the idea that (as social beings) we seem to innately know the power of a good song to lift the spirit.

Campaign leaders Meadows, Laverne and Baroness Sally Greengross (also ambassador for the Alzheimer’s Society) are hoping to roll out music therapy in whichever form by (you guessed it!) 2020. The campaign founders are also hoping to work closely with other dementia groups and charities, creating an umbrella organization that draws music therapy and dementia together.

You can help in this cause by becoming a volunteer or simply by joining the discussion. Music for Dementia 2020 will be hosting a summer reception where representatives from the music industry, clinicians, practitioners and politicians will hear the goals of the campaign and share ideas.

Visit their website for more fascinating information, to sign up to the Music for Dementia 2020 newsletter and to become part of the task force!